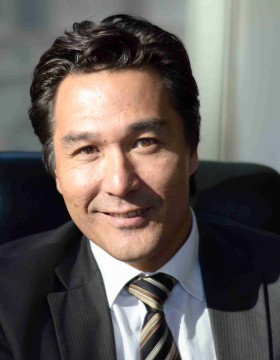 Graeme has over 18 years experience as a practising solicitor and nearly 10 years as a founding partner of NRG Legal.

As someone with Japanese heritage, Graeme has an intimate understanding and knowledge of Japanese language and culture, which has involved him in numerous cross-jurisdictional
matters, including acting for an Australian Liquidator of a subsidiary company pursuing the holding company in Japan. Graeme also acts for a number of Japanese companies based in Australia whose businesses range from mining and resources, trading, real estate, relocation,security, travel, hotel/resort, restaurant and franchising.

Apart from his experience in Insolvency Law, in which he regularly acts for liquidators, receivers, controllers and managers, Graeme has had extensive experience in property and business related transactions. Most notably he acted for a large international outdoor advertising group which included advising and acting on the purchase of various advertising companies and businesses to compliment its core outdoor advertising business, drafting subscription and shareholders agreements, loan agreements, and assisting in due diligence. During a very dynamic expansion period for the group, Graeme drafted licenses, joint venture agreements, service and distribution agreements and was instrumental in advising the group on multi-billboard agreements, which included rail networks in Victoria and various airports and service stations around Australia.

Graeme routinely acts for small and large hospitality clients in the purchase and sale of restaurant and hotel businesses, including their leasing and liquor license requirements.

Recently Graeme acted for the purchaser of one of the largest tracts of farming land in Queensland of approximately 240 000 hectares in size. He also acts for developers in sales of residential and commercial premises in large-scale developments in the Sydney CBD.